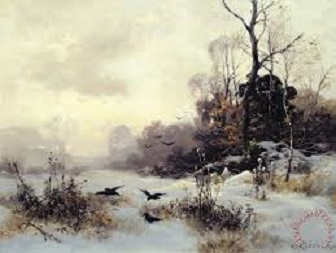 During the second impeachment hearing for Donald Trump, a woman with a sense of irony shared this line from George Orwell’s novel, 1984 on her Facebook page. The party told you to reject the evidence of your eyes and ears. It was their final, most essential command.

The quote garnered many “likes” but I was unable to resist commenting that Orwell’s remark is an example of how art captures life.

For a third time in our nation’s history, Americans are polarized about the future of democracy.   The first was 1776 when leaders argued about establishing it, and again in 1865 when people fought to preserve it.

Small skirmishes have flared in modern times. We survived the challenges of McCarthyism (1940-50) with its litmus test for what it meant to be a patriot. Two decades later, the John Birch Society (1970s) fomented similar debate and created a “seed bank,” some say, for today’s political right.  January 6, 2021, we faced an insurrection at the U. S. Capitol led by ultraconservatives and, which, in the minds of a majority of voters,  the 45th President instigated.

Our founding fathers foresaw and warned against internal dangers to democracy, aware it was vulnerable to human foibles. Even so, they took the risk and established a government for the people and by the people, hoping it would endure because citizens would cherish their right to the pursuit of happiness. For 245 years, the experiment endured. Yet in the last 4,   Donald Trump has stripped from our eyes the illusion that we are one nation and shown us, instead, a country still broken by a Civil War and as tribal as the Biblical clans of Gilead.

I refer to that ancient place because, during the impeachment hearings, I paused to refresh my spirit in a book, Gilead by Marilynne Robinson.  In 2005, it won the Pulitzer prize and I’d found it in a bookstore on a sale several weeks ago.  I regret my delay in taking it up.

The story is about an elderly, small-town preacher with a weak heart, a young wife, and a six-year-old son.  With death hovering, he begins a memoir so his child will know something of his heritage. The account is about three generations of preachers: the boy’s great grandfather, grandfather, and his dad. Though devoted to their calling, the Gospels beckoned each to take a different path. The great grandfather decided to join the war against slavery.  His son became a pacifist. The third spent his youth negotiating between his warring his elders.

As he writes, the father’s memories reveal other inner turmoil. One is the grudge he feels toward a godchild who bears his name and who has returned to Gilead as a man in his forties. The preacher senses the prodigal’s unease and, at first, suspects the man covets his attractive wife. Later, he discovers his error. But the truth brings him no relief and plunges him into deeper sorrow.

In Biblical terms, Gilead is a city of those who work iniquity. Robinson’s book, which explores this theme, is the first of a trilogy. I doubt  I will read the other two.  The cycle of pain and redemption followed by more pain cuts too near the bone.  Gilead is many places

On my Facebook page, I track the tragedy of a young woman, widowed and with two children. Her story unfolds like haunting stills from a film reel.   A husband dies unexpectedly.   The wife and her charges are inconsolable. She is alone, having lost her mother’s support long ago. Her friends don’t know why.  They write on her page leaving messages to console her.

Later, she lets slip her husband died of a drug overdose.  A few kind words mark her page a second time.

Later, still, she confesses her children are no longer with her.  They’ve been removed a distance of 30 miles to foster care. On assigned days, she may visit them if her urine sample is negative. She makes the return trip of 60 miles as often as she can.  I doubt she is watching the impeachment hearings.

As I gaze out my window, wondering if my Facebook friend will outrun her depression, the impeachment verdict hits the news. Trump has been acquitted. Outside, crows gather in the street. Indifferent to the judgment, they concentrate on survival.  I see them as black holes in the landscape. Snow is falling on  Gilead.