Reproductive Freedom In The Land Of God’s Will 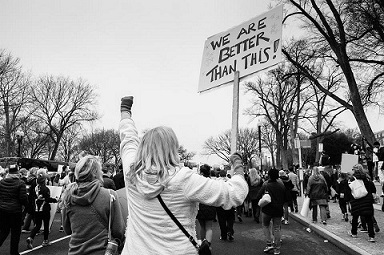 When she signed Alabama’s near total ban on abortion, recently, governor Kay Ivey, noted the law testified to the state’s “deeply held belief that every life is precious and that every life is a sacred gift from God.” Again, another religious zealot with the power of the gavel ignores the Constitution’s deliberate separation of church and state, and continues to confuse a personal decision with a political one.  Governor Ivey assumes being an American is to be a Christian and ignores the growing number of citizens who have no religious affiliation or a belief in god.

As I am indifferent to religious matters, I can ignore the blasphemy that comes from the mouths of people who presume to speak for God.  But precisely because I am an American, I have a duty to  challenge efforts to inject religious doctrine into civil matters.

I begin with the erroneous assumption that those who are Christians would never consider an abortion.  Many of them do.  As one Dixie Republican admitted, “It’s easy to think you believe in something until it happens to you, and you really understand the gravity of the situation… It’s easy to say you shouldn’t have a choice until you are left without one.”

Laurie Roberts is a co-founder of the Reproductive Freedom Fund, an organization which helps women obtain abortions across Mississippi.  Most galling to her are the women who seek an abortion then work to deprive that choice to others .  Apparently, overcome with religious guilt, once they’ve rid themselves of their unwanted pregnancy, they convince themselves their situation was extraordinary and warranted an exception.

The cognitive dissonance these devout woman display leads me to an overwhelming question.  Does religion play any role in moral behavior?  A report from the University of Chicago suggests no link between faith and moral conduct exists.  That study involved 1,170 children between the ages of 5 and 12.  They lived in 6 countries and practiced different religious customs.  Here is the report’s conclusion:  Our findings contradict the common-sense and popular assumption that children from religious household are more altruistic and kind toward others.  In our study, kids from atheist and non-religious families were, in fact, more generous.

What the report did establish was that, The negative relation between religiosity and altruism grew strong with age; children with a longer experience of religion in the household were the least likely to share.

If fear of God fails to make us better people, if we can mollify our conscience with excuses while we abuse the rights of others, then, it’s time to stop using God as a tool for political blackmail. It’s time for us to allow individuals the right to choose their destinies.