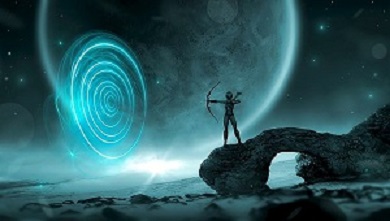 A large book agency has asked to see the first 50 pages of my memoir, “Getting Lost to Find Home.”  I’m not turning cartwheels.  Most agents ask for sample pages as part of the query.  This one required a query before deciding to see more. Call it a baby step forward.

A request for a full manuscript would have prevented me from submitting my work elsewhere until I received a response.  Asking to see pages imposes no similar obligation, so I continue my search for representation.

While more agents exist than the number of stars visible on a clear night, they cluster like the Pleiades, sharing a similar instinct for what sells and an abhorrence for risk.  As I’ve stated ad-nauseam, to write well isn’t a game-changer.  Most who seek an agent know the difference between a subject and a predicate and don’t spell tomato with an “e.” Still, despite my several degrees, my rejections are more numerous than Big Bird’s feathers.

Recently, I came across submission guidelines for a British company.  Reading them, I suspected Nancy Pelosi would have a better chance of obtaining a Trump endorsement than my query would have with this agency.

It is very hard to get publicity and attention for new books in a crowded marketplace. So in non-fiction, we – just like every publisher – favour writers who have already established a public reputation and have built a following, whether in social or traditional media, or with public events.

I didn’t submit my writing to these folks, though I itched to improve theirs. Eliminate “very” and “already” for a start. But, I digress.

As I stared into the abyss of my screen, I rankled to see the outrageous demands today’s publishing industry places upon artists. Writers must do more than master their craft, they must also have a humungous following and display a willingness to mine those contacts with shark-like aggression: interviews, talk shows, advertisements, reviews, and all forms of social media. Meanwhile, those who have done little to breathe life into the effort take the bulk of the profits.

Birthing a book is all an author should be required to do. That effort is 80% of the accomplishment. How many masterworks have been lost for want of an Instagram page, I wonder? How would Kafka fare in the modern world?

The injustice is real, but I have no idea how to fight it.  Instead, like Charon, my mission is to warn others about a writer’s peril should he or she or they choose to focus on art at the expense of developing a following. For them, my misadventures should serve as a balm. There’s nothing personal in an agent’s rejection.  It’s an assessment of a book’s profitability. Today, Kafka would probably be standing in the unemployment line beside you.