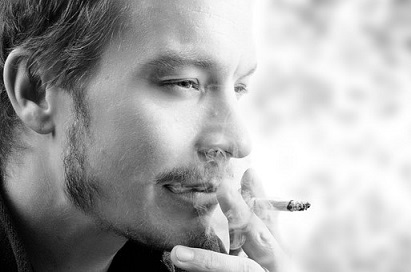 Less than 3 months ago I lost a dear friend to lung cancer. To think of it still feels like being stabbed through the heart with a rusty knife. I’d known him since he was a boy of seventeen, had watched him grow, marry and have a family.  Yet throughout those years I never knew he smoked. He’d kept his secret from me, securely, as if it were a classified government document. Had I known of his habit, I’d have hounded him to quit. “Where will you go when you’ve wasted your body?” I’d have asked him.

A taciturn man, he’d have chosen to ignore me rather than argue. Even so, his last word was a heartbreaker. “Sad,” he whispered to his wife on his death-bed.

“Sad,” doesn’t come near my sentiment. He died too young and I am angry he’s no longer here to be scalded by my rage. I know he’s not entirely to blame. In western society, we imagine the body is a vessel to house consciousness. Nothing more. But how wrong that view is, as we are beginning to learn.

Modern technology has opened the door to ancient wisdom. Brain imagery validates what Buddha taught. The mind and body are one, a collective where each organ possesses a distinct consciousness, including memories. Doubt that statement and you will fail to understand why the recipient of an organ transplant may develop a fondness of oysters, or hamburgers or some other food the donor once favored.

Scientifically put, we are a network of energy… Peptides and other biochemicals carry the messages of our thoughts and our emotions everywhere, perception affects behavior and behavior changes the very physicality of our brain and body…even our DNA.

Like the ancient practitioners of mind/body interconnectedness, we’ve come to understand these networks not only talk among themselves but to our consciousness. To join the conversation, we need only quiet our thoughts. Meditation is no longer considered to be voodoo.  It’s accepted science.

I wish my friend had listened to his lungs when he inhaled smoke from his first cigarette; listened to the searing burn as it filled his tissues; attended to the violent cough that followed. If he had, he might be with us and I could be angry with him about something else.