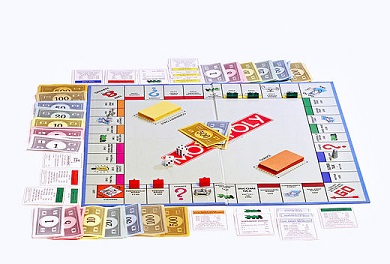 Technology has given us marvelous opportunities that outstrip the pace of evolution. Sometimes it’s hard to keep up, which means we may fail to see the consequences of a change until it smacks us in the face. Social media is one example.

On the plus side, drugs that treat deadly diseases approach the realm of magic. Vaccines developed to fight Covid-19 are prime examples. And there’s more. Gold can be transmuted into electronic impulses.  Bitcoins and NFT(s) are part of that alchemy.

While I refuse to conquer my fears about the smartphone, those who embrace electronics enjoy many conveniences. They can travel by Uber or public transit without reaching for the coins in their wallets.  They can get their blood pressure taken without a doctor being present. They can even rent a villa in the south of France with no need to be there.

People enjoy conveniences and folks who provide them can earn billions. Jeff Bezos, Amazon’s founder, is one of those entrepreneurs. He sells goods at rock bottom prices and delivers them at near the speed of light. Today, he’s worth 101 billion dollars, enough money to buy at least one of 140 countries that have smaller GDPs. As buying a country isn’t legal, he’s building a yacht, one so vast it requires a second yacht to trail behind it with sufficient staff and tools for maintenance.

While he waits for his vessel to be built, he plans to rocket himself into space. He wants to get a new perspective on humanity, he explains. Several thousand people approve of his idea and have signed a petition that would keep him from re-entering the earth’s atmosphere.

I considered signing it. Bezos has more spendable income than Iceland, yet in his churlishness, he continues to squeeze people who do business with him. I used to get $1.20 per eBook sold on Amazon. Now I get $1.12. With a near-monopoly in eBook publishing, does Bezos really have to squeeze another 8 cents from a struggling writer? On top of the sale, he also gets the shipping fees, remember.

Given his wealth, he could choose to provide his warehouse workers—those who make his speedy deliveries possible–decent working conditions and a higher wage. If he did, humanity’s perspective on him might improve.

Singling out Bezos for comment is probably unfair. Looking at the 10 richest Americans, mainly technology innovators, their wealth is so astronomical it’s reasonable to ask if any of them is entitled to keep all of their earnings? Leona Helmsley, the deceased real estate tycoon, had no doubt about that. Taxes, she said, are for  “little people.”

I disagree and question the wisdom of allowing obscene amounts of power and wealth to accumulate in the hands of a few. Like air and water and sunshine, money is a commodity. We all depend upon it and, despite government printing presses, no economy would survive if they were allowed to run 24/7.

Because money is a commodity, we can’t rely on oligarchs to be keepers of the counting-house. We may credit them for their charity, but it represents is a small portion of their wealth and is a tax deduction. Left unchecked these fat cats develop feelings of entitlement, fall into the habit of conspicuous consumption and forget their humanity. Simply put, too much money affects the brain. Or, as writer Scott Fitzgerald wrote, “Let me tell you about the very rich…they are different.”

Greed isn’t good, but it is natural.  We should acknowledge to ourselves and our society that allowing oligarchs to wallow in self-indulgence is immoral. For the betterment of them and the country, we need an intervention.  Elizabeth Warrant calls it a wealth tax.