Elon Musk And The Whales 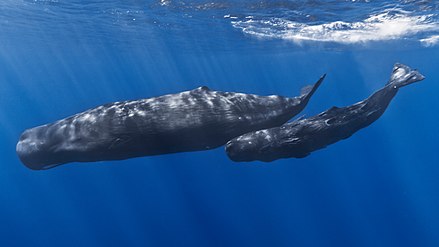 A recent article in Business Insider pit the brains of humans against whales and the whales won.   That was two hundred years ago when Sperm whales learned to avoid the fishermen’s harpoons by swimming against the wind that powered the schooners.  History records that out of  80,000 voyages, whale sightings occurred about 3% of the time.

In the 19th century, with the advent of steam power and grenade harpoons, the kill rate for whales rose to slaughterhouse proportions. Technology’s revolution had outpaced natural evolution.

The fate of whales should be a lesson to us. Can technological developments eventually threaten our species?

U. S. Senator. Bernie Sanders chastises multibillionaires, like Elon Musk, for tinkering with the future instead of helping today’s impoverished. Musk disagrees. SpaceX, his Mars project, will do more than feed the hungry, he argues.   It will create well-paid jobs and give humans a “multi-planetary” existence.

Musk could be correct.  But does having billions of dollars give him the right to determine the future for humanity?

Once the technology genie escapes the bottle, it is never lured back.  Decisions that could alter the direction of humankind ought to require a consensus.  True, much good has come from solitary genius. Harnessing electricity is an example.  Thanks to  CRISP research, cures for diseases like cancer and Alzheimer’s could be on the horizon.

Even so, the question remains, is the human mind ready for rapid upgrades? Look how we’ve coped with a new virus, Covid-19. Science tells us to wear masks when we gather. The suggestion is neither onerous nor painful. Yet Spring break becomes an excuse to flock to beaches like seagulls during a grunion run.

Scenes of unmasked crowds support Freud’s theory that within each of us lies a death drive. Unlike the acolytes at Jonestown, no philosophy guides beach revelers unless it is to exercise their freedom. If so, they are delusional.  No one is free from death.  Cavalier behavior poses a danger to them and to a parent, or a grandparent who waits with open arms to welcome them home from their bacchanal.

If wearing a mask is too cutting edge for many Americans, are we sufficiently evolved as a species to take a giant leap to Mars for mankind? Our brains are smaller than those of whales.  We’d do well to remember that.